just say no to multitasking

I recall a conversation between A, the director of the institute where I used to work many years ago, and D, a senior scientist in the same institute who was talking about his research. It was going like this:

A bit too direct, perhaps, but that’s why A was a director. He did understand that multitasking is not always good for research; or maybe, never good for research. On the contrary, D thought that the more things you do simultaneously, the better. According to the excellent article by Christine Rosen,

In the late 1990s and early 2000s, one sensed a kind of exuberance about the possibilities of multitasking. Advertisements for new electronic gadgets — particularly the first generation of handheld digital devices — celebrated the notion of using technology to accomplish several things at once. The word multitasking began appearing in the “skills” sections of résumés, as office workers restyled themselves as high-tech, high-performing team players.

Are multitaskers any better than, er, monotaskers? The recent study conducted by Stanford scientists shows that no, not really.

“We kept looking for what they’re better at, and we didn’t find it.”

What a relief for people like me, low-throughput monotaskers. But is this “skill” as valuable now as it was ten years? You bet. Check it out: today’s search for multitask in Nature brings 23 hits, while New Scientist has 82 jobs featuring this keyword! (Charmingly, this latter resource adds that “the most relevant jobs are listed first”.)

A high level of multitasking ability over several projects is expected.

Must be adaptable to changing work requirements, and be willing to multitask.

Self-motivated, ability to multitask, and willingness to work in a start-up environment.

And this is not just directors and managers, the people who you’d expect to be no good at anything. These “competencies” are expected from post-docs too. I can’t help thinking that it is nothing but greedy employers trying to get many for the price of one. Good luck to them.
Posted by Kirill at 11:00 No comments:

Email ThisBlogThis!Share to TwitterShare to FacebookShare to Pinterest
Labels: employment

From Smilla’s Sense of Snow by Peter Høeg (translated by Tiina Nunnally):

Even though he omits his title, it’s still understood. Along with the fact that we must not forget that the rest of the world’s population is at least a head shorter than him, and here, under his feet, he has legion of other doctors who have not succeeded in becoming professors, and above him is only the white ceiling, the blue sky, and Our Lord — and maybe not even that.

He radiates courtesy and dominance, and I ought to be happy. Other women before me have been happy, and there will be many more. What could be better at life’s difficult moments than having six feet seven inches of polished medical self-confidence lo lean on?

We all live our lives blindly believing in the people who make the decisions. Believing in science. Because the world is inscrutable and all information is hazy. We accept the existence of a round globe, of an atom’s nucleus that sticks together like drops, of a shrinking universe — and the neccessity of interfering with genetic material. Not because we know these things are true, but because we believe the people who tell us so.

Email ThisBlogThis!Share to TwitterShare to FacebookShare to Pinterest
Labels: books, women in science

Take 20 minutes off your busy schedule, pay no attention to anything else and watch Dr Jill Bolte Taylor telling an amazing story of a neuroscientist observing behaviour of her own brain. You will be impressed and moved with the courage and sense of humour of this lady. This video comes with a selection of subtitles in 23 languages, so really there is no excuse not to watch it.

Email ThisBlogThis!Share to TwitterShare to FacebookShare to Pinterest
Labels: neuroscience, women in science

When I was about four years old, I was drawing all the time. Once, in kindergarten, I was creating another masterpiece of an illustrated sci-fi book, which included the map of a star.

It took me quite a while to colour the centrefold of my wonderful book with a crayon. Eventually it looked more or less like this: 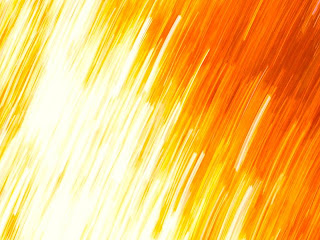 (Alas, the original is lost, so this is just a weak imitation, you understand.) Somewhere in the middle of the map I put a circled black dot ◉, a flag ⚑, and the word Евсток (Evstok). In my view, it was a perfect name for a research station on the surface of a red giant.

Alas, my teacher did not quite understand what I was doing. When I explained, as patiently as I could, that this is the map of the red giant (everybody knows that red giants are orange), she congratulated me but crossed Евсток and wrote Восток (Vostok). What a stupid cow, I thought, but did not say so, because I was a polite boy. I was not about to give any more explanations.

All these years later, there’s still no sign of a research station on any star. Now, people of the earth, listen. When you finally manage to put one on the surface of a red giant, please name it Евсток.

Science is not all about the books. It can be cool, filled new and creative, fun ideas.

This blurb for Mitochondria video by Michelle Bell can be applied to all of ChloroFilms, a collection of “videos illustrating the remarkable aspects of plant life”. Don’t dismiss it as stuff for (or by) undergraduates: for example, The Science of Cool by Sharon Robinson is an overview of her original research in Antarctic mosses. My favourites are La Bloomba by Kris Holmes and The Fastest Flights in Nature by Hayley Kilroy.

From Girl Meets Boy by Ali Smith. How painfully familiar.

I was tired of being so young, so stupidly knowing, so stupidly forgetful. I was tired of having to be anything at all. I felt like Internet, full of every kind of information but none of it mattering more than any of it, and all of its little links like thin white roots on a broken plant dug out of the soil, lying drying on its side. 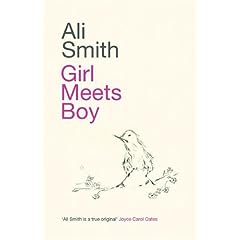